Brain damage and cognitive impairment is a common and potentially severe consequence of long-term, heavy consumption of Alcohol and Other Drugs… 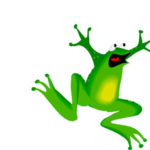 Even mild-to-moderate drinking can adversely affect cognitive functioning (i.e., mental activities that involve acquiring, storing, retrieving, and using information. Persistent cognitive impairment can contribute to poor job performance in adult alcoholics, and can interfere with learning and academic achievement in adolescents with an established pattern of chronic heavy drinking.

A small but significant proportion of the heaviest drinkers may develop devastating, irreversible brain-damage syndromes, such as Wernicke-Korsakoff syndrome, a disorder in which the patient is incapable of remembering new information for more than a few seconds. It stands to reason that cognitive impairment also may impede recovery from alcoholism, although evidence has not conclusively shown this to be the case. For example, Morgenstem and Bates studied whether deficits in a patient’s learning and planning abilities-core aspects of many treatment strategies-affected recovery from alcoholism. The researchers found that impairment was not a significant predictor of a poor treatment response.

On the other hand, evidence does support the possibility that brain damage, whether resulting from or predating alcohol use, may contribute to the development and progression of alcoholism. Designing practical strategies to cope with the complex combination of alcoholism and cognitive impairment requires an understanding of the nature of cognitive functions and their interactions with structural and functional brain abnormalities. This Report describes the nature and consequences of common alcohol-associated cognitive defects, explores the extent to which some cognitive abilities recover with abstinence, and summarizes recent research on the effects of cognitive deficits on alcoholism treatment outcome.

Most alcoholics exhibit mild-to-moderate deficiencies in intellectual functioning, along with diminished brain size and regional changes in brain-cell activity. The most prevalent alcohol-associated brain impairments affect visuospatial abilities and higher cognitive functioning. Spatial abilities include perceiving and remembering the relative locations of objects in 2- and 3-dimensional space. Examples include driving a car or assembling a piece of furniture based on instructions contained in a line drawing.
Higher cognitive functioning includes the abstract-thinking capabilities needed to organize a plan, set it in motion, and change it as needed.

Many alcoholics entering treatment perform as well as non-alcoholics on tests of overall intelligence. However, alcoholics perform poorly on neuro-psychological tests that measure specific cognitive abilities. For example, an alcoholic who has remained abstinent
after treatment may have no apparent difficulty filing office documents correctly, a task that engages multiple brain regions. However, that same person might be unable to devise a completely different filing system, a task closely associated with higher cognitive functioning.

How Much Is Too Much?

The link between duration and lifetime quantity of drinking and the development of cognitive problems is unclear. Some investigators have proposed that cognitive performance worsens in direct proportion to the severity and duration of alcoholism. Studies suggest that social drinkers who consume more than 21 drinks per week also fit into this category. Other investigators have suggested that cognitive deficits may be detectable only in those alcoholics who have been drinking regularly for 10 years or more. Long-term, light-to moderate social drinkers have been found to fall into this category as well, showing cognitive deficits equivalent to those found in detoxified alcoholics. Although further research is needed to determine how a person’s pattern of drinking is related to cognitive impairment. some deficits are possible even in people who are not heavy drinkers.

Structural and functional brain abnormalities generally are measured by noninvasive imaging techniques that provide a picture of the living brain with minimal risk to the individual. Structural imaging techniques, such as computed tomography and magnetic resonance imaging, are used to generate computerized pictures of living tissue. Functional imaging techniques, such as positron emission tomography and magnetic resonance spectroscopy, permit scientists to study cell activity by tracking blood flow and energy metabolism. Loss of brain volume is most noticeable in two areas: the outer layer (i.e., the cortex) of the frontal lobe, which is considered a major center of higher mental functions; and the cerebellum, which is responsible largely for gait and balance as well as certain aspects of learning. Support for these results is provided by functional imaging studies, which reveal altered brain activity throughout the cortex and cerebellum of heavy drinkers. In addition, functional imaging often is sufficiently sensitive to detect these irregularities before they can be observed by structural imaging techniques, and even before major cognitive problems themselves become manifest. This suggests that functional imaging may be particularly useful for detecting the early stages of cognitive decline.

Understanding the Basis of Cognitive Impairment

Accurate measurement of cognitive abilities is challenging, and relating those abilities to a specific brain irregularity simply may not be possible with the current technology. Discrepancies among research findings have led scientists to develop improved cognitive measuring techniques. Using a battery of tests, Beatty and colleagues have suggested that widespread (i.e., diffuse) cognitive impairment could arise from damage to multiple brain areas, each of which regulates distinct but related abilities. Likewise, damaging the network of brain cells that synchronizes the overall activity of those multiple areas may produce the same cognitive impairments previously attributed to localized.

Certain alcohol-related cognitive impairment is reversible with abstinence. Newly detoxified adult alcoholics often exhibit mild yet significant deficits in some cognitive abilities, especially problem-solving, short-term memory, and spatial abilities . By remaining abstinent, however, the recovering alcoholic will continue to recover brain function over a period of several months to 1 year with improvements in working memory, spatial functioning, and attention accompanied by significant increases in brain volume, compared with treated alcoholics who have subsequently relapsed to drinking.

Reversibility of alcohol-related cognitive function also may be the result of a reorganization of key brain-cell networks. Some researchers have proposed that such reorganization may contribute to the success of alcoholism treatment. Using advanced imaging techniques, Pfefferbaum and colleagues examined the brain activity of cognitively impaired alcoholic participants during a series of tests designed to assess cognitive function. They found that although the alcoholic subjects had abnormal patterns of brain activation,
compared with control subjects, they were able to complete the tasks equally well, suggesting that the brain systems in alcoholics can be functionally reorganized so that tasks formerly performed by alcohol-damaged brain systems are shunted to alternative brain
systems. This finding-that cognitively impaired alcoholic patients use different brain pathways than unimpaired patients to achieve equivalent outcome-also was suggested in a study of patients in 12-step treatment programs.

1. Cognitive deficits have been hypothesized to affect the efficacy of alcoholism treatment, although a clear association has not been established. One view finds that cognitively impaired patients may not be able to comprehend the information imparted during therapy and, thus, may not make full use of the strategies presented, thereby hampering recovery.

2. Another view is that cognitive functioning may not directly influence treatment outcome, but may impact other factors that, in turn, contribute to treatment success. Focusing on those factors-such as improved nutrition, opportunities for exercise, careful
evaluation of co-morbid mental or medical disorders, and/or treatment strategies aimed at enticing the patient out of long-standing social isolation-ultimately may be more beneficial than focusing exclusively on recovery from alcoholism.

3. Other types of non-alcohol-related brain damage also can produce symptoms resembling those associated with chronic alcoholism. Clinicians must be aware that no matter the cause of the impairment, it may have an impact on the patient’s ability to benefit fully from alcohol treatment strategies. Cognitive impairment is usually most severe during the first weeks of abstinence, perhaps making it difficult for some alcoholics to benefit from educational and skill development sessions, which are important components of many treatment programs.

For example, one study found that alcoholics tested soon after entering treatment were unable to recall treatment-related information presented in a film they had just been shown. As time goes by and cognitive function improves, however, patients may make better use of information presented to them in individual and group therapy, educational programs, and 12-step programs.

Learn More About Alcohol and Other Drugs…