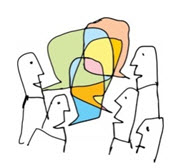 When companies hit hard times, it is not uncommon for managers to shuffle their complement of supervisors.

The natural tendency of new managers on the scene is to reorganize, sometimes repeatedly. But does that approach really fix what’s not working work?

Not very often do these patchwork repairs really work according to the Harvard Business Review. An evaluation of several Fortune 500 companies by Harvard educators suggests continued attempts to reorganize often have a compounding negative impact on the performance their trying to fix. Lessons learned suggest most operations benefit most when managers, “resist the temptation to re-shuffle people”.

“Facing complex and intractable problems, companies choose time and again to reorganize”, yet they continue failing over and over again. According to Harvard’s management research, the data are quite clear, it simply doesn’t work. Studies have found that over 90% of companies choosing the reorganization alternative failed to improve their financial position and in most of the cases had lost significant market share.

Several important findings from the studies’s studies concluded CEO’s should seriously consider whether a major reorganization being considered will really solve the underlying problem and whether there are incremental improvement opportunities that can be made quickly? Usually the difficulty with most operational problems lies in defining what is at fault with the basic operation.

Moe often than not, reorganization can readily destroy morale and put the operation into a free fall. When emotions run high, leaders should expect productivity, efficiency and learning to plummet. In situations of this nature it is almost a sure bet it with encourage complaints, individual competitiveness and destroy any Team building efforts.