Jeffrey Kushner is the Montana Statewide Drug Court Coordinator with the Montana Supreme Court/Office of the Court Administrator. Kushner assumed his duties in January of 2008 after the Montana Legislative Assembly provided initial funding for the state’s drug courts 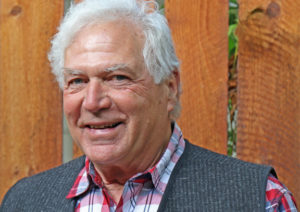 Prior to assuming his duties in Helena, Kushner was the Drug Court Administrator for the 22nd Judicial Circuit in St. Louis, MO. Mr. Kushner began with the Circuit in December as the primary planner for the drug court that opened in April of 1997. Since that time, the Court en banc of the 22nd Judicial Circuit approved a unified drug court with a single administration for the Adult Felony Drug Court (Pre-plea), Family Drug Court, Juvenile Drug Court, Post Plea Felony Drug Court and the co-occurring docket of the Adult Felony Drug Court. Kushner served as the lead trainer at the National Rural Institute on Alcohol and Drug Abuse where he taught the basic drug court track. Kushner is a reviewer for the Department of Justice for a wide variety of drug court and other categories of grant applications.

Previous to his position in St. Louis, Kushner was the State Alcohol and Drug Abuse Director in Nebraska, Colorado and Oregon over a period of many years. Kushner was the Director in Oregon for sixteen years where he was designated as Manager of the Year in Oregon’s Executive Service. Kushner has served on numerous national task forces, committees and the Center for Substance Abuse Treatment National Advisory Council. Kushner was President of the National Association of State Alcohol and Drug Abuse Directors and received their Outstanding Service Award for his contribution to that organization. Other awards include the Oregon Council on Alcohol and Drug Abuse President’s Award, The Harold E. Hughes Exceptional Services Award, Ecumenical Ministries Award for Public Service, Women’s Commission Award from the Oregon Women’s Commission on Alcohol and Drug Issues, and the Administrator’s Award for Public Service from the Alcohol, Drug Abuse and Mental Health Services Administration of the Federal government. Upon leaving St. Louis, the 22nd Judicial Circuit recognized Kushner for, “his vision, knowledge, persistence, diligence, and leadership in creating and developing the St. Louis City Drug Courts. Kushner was also recognized by the Supreme Court of Missouri for his contribution to the drug court movement in Missouri.

Kushner acquired funding for and published the “Green Book” entitled Economic Benefits of Drug Treatment: A Critical Review of the Evidence for Policy Makers. The document researched by the Treatment Research Institute at the University of Pennsylvania, was sent to every U.S. Congress man and woman and every state legislator in the country

In January of 2007, Kushner was appointed to the Alternative Treatment Courts Committee of the Supreme Court of Missouri to review current legislation and court rules that affect alternative treatment courts and suggest changes.

Kushner is a very strong advocate for implementation of evidence-based practices within treatment programs and drug courts and chaired an initiative with National Drug Court Institute to publish a document on evidence-based practices for drug courts in conjunction with 12 internationally known researchers in related fields.   This publication, Quality Improvement for Drug Courts; Evidence-Based Practices, has been completed and thousands of copies have been distributed across the country. Kushner, working with American University, is one of two lead authors in the development of a set of guidelines entitled, “A Technical Assistance Guide for Drug Court Judges on Drug Court Treatment Services.” to improve the understanding of evidence-based treatment practices and their use by drug courts. Kushner has also joined with Children and Families Futures to develop a Family Strength and Needs Assessment Survey instrument to improve services to family members of drug court participants across the country. Kushner is the only individual in the country who has been both a Single State Agency Director for Alcohol and Drug Abuse Prevention and a statewide drug court administrator.

Kushner co-authored a set of guidelines entitled, “A Technical Assistance Guide for Drug Court Judges on Drug Court Treatment Services.” to improve the understanding of evidence-based treatment practices and their use by drug courts. Document published by American University. He also created the vision and joined with Children and Families Futures to develop the Family Strength and Needs Assessment Survey instrument to improve services to family members of drug court participants across the country and created the vision and joined with Addiction Consulting Group to develop the Recovery Maintenance Check-in (RMC-O, an instrument developed for drug courts and treatment programs to follow-up on clients/participants after they have left treatment/drug court to help them maintain their recovery. Kushner is the moderator of the national Rural Drug Court List Serve in conjunction with American University’s Office of Justice Programs.

Kushner lives in the foothills of the Bitterroot Mountains with his wife and Great Pyrenees and is President of the Victor, Montana Rural Volunteer Fire District Association.

Competitive Advantage
September 1, 2022
All successful organizations reflect the values and vision of their leadership. As Leaders within the...
Valuing People
August 1, 2022
By valuing people an organization’s delivery system becomes an empowering one. People quite literally, should...
2227 7th St. W. Billings, MT 59102   |   406-252-8147
© Addictions Consulting Group